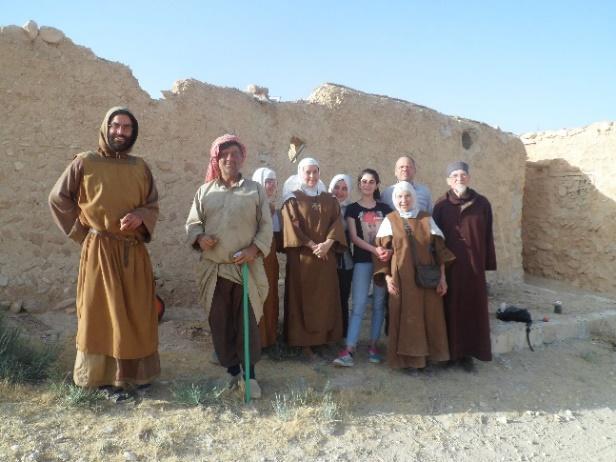 Father Daniel, (right) and the Brothers and Sisters, in Syria, Qara, where they spent their life in helping the Syrian people, in Mar Yacub Monastery, over the years they witnessed the atrocities from the Jihadist and their support which came from Europe and the US. Now they are facing starvation through the CAESAR act.

Many people asked me to translate the Dutch/Flemish article into English. I think it’s very important to hear these voices, coming from a war-torn country through the eyes of Europeans, who have lived in Syria for many years.

Are we now experiencing the “dark times”, which Gilbert Keith Chesterton (+ 1936) predicted ? He predicted the collapse of our civilization with the
demolition of its morals, religious and cultural pillars. “People tend to look enthusiastically to the future because they are afraid of the past ”he wrote. But do we still have a future, are we entering this black period now?

The Schizophrenia Of The World Government

The way in which the Syrian people are increasingly strangled by the “international community” shows how Western leaders, with a lot of skills, can hide their selfish plans for the destruction of the Syrian people hiding behind their slogans and the most magnificent banners of human rights and humanitarian aid. But there is no international organization that can guarantee any justice or human dignity. On the contrary, for them the NGO’s from so-called Human Rights Organizations, the aggravated suffering of the Syrian people is to blame on the Syrian president, his government, his army, and their allies (Hezbollah and Russia). The mantra continues to be faithfully repeated by the media. Hence, every citizen of the world is called upon to punish these “guilty” and asked to help to destroy the country, kill the people, flee and now starve them to death. The fact that all this is simply a pretext for the Western powers to steal the raw materials and impose their will is not even discussed. 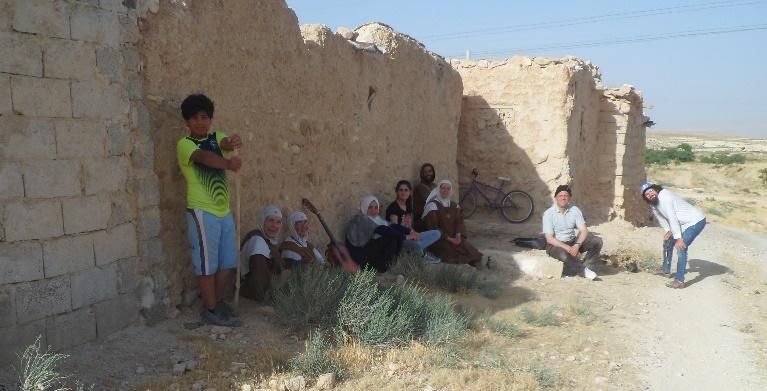 True, it is getting harder in Syria, the currency has devalued spectacularly. There is some tension among the Alawites themselves, because Bashar- al-Assad wants to tackle corruption. However, there is no reason to keep talking about a “civil war” because it never happened. There is also no excuse not to speak of a “Syrian government”. Is there not much more reason to speak of the Dutch and Belgian “regime”? And yes, there have been small demonstrations here and there against the deteriorating condition, which is extensively underlined in the mainstream media. That there were mass demonstrations in Homs and al Bukamal (Deir Ezzor) last week and this week in protest against the US and its terrorists will not be shown in the Atlantic Media.

Besides, the MSM journalists are said to have too much work to obliterate the portraits of the President and the Syrian flags. How citizens of Al-Qamishli stopped an US convoy and openly burned the American flag will also be concealed. Nor will the images of Thursday’s mass manifestation be seen in Al Tahrir Square in Quneitra, making it clear to the people that the Golan Heights should return to Syrian rule. The Syrians know very well who are destroying their country and who are protecting them.

The Syrian Permanent Representative to the UN, Dr Bashar al-Jaafari, recalled in his recent speech the charges he has brought up against the US, UK, France and Turkey for recruiting terrorists from around the world for nine years, arm, carry out military actions, steal or destroy petroleum, gas, harvest, archaeological treasures and then impose heavier sanctions. Everything against international law and against the UN charter. In addition, the US, UK, France are UN member states that guarantee international security, respect for sovereignty, peace and justice!

There is not even a grain of humanity in their attitude. President Erdogan occupies Northern- Syria, Israel the Golan and the US provides support for the terrorists. “When the US openly steals 200,000 barrels (a barrel of roughly 159 liters) of petroleum per day from Syrian resources and, in addition, burns 400,000 tons of cotton, 5,000,000 livestock, thousands of acres of wheat fields, they can break Syria into pieces, consciously devalue the national currency, impose economic coercive measures to stifle the Syrian people, occupy parts of Syria and protect their Turkish ally that occupies another large part, and then when my colleague, the permanent representative of the US at the UN says its government is concerned about the deteriorating living conditions of Syrian citizens, which it attributes to “the regime” … “aren’t those symptoms of schizophrenia,” asks Bashar-al-Jaafari? He is right, but it is more than that, it is criminal behavior of so-called “democracies” ruled by criminal politicians.

One thought on “A Message From Father Daniel, Qara, Syria, To The World About The Caeser Act”